The route from Trinco to Sigiriya was considerably less daunting than the journey south from Jaffna to Trinco had been. For a start it was only supposed to take a couple of hours and the road was good. It took us a bit longer though, as we kept stopping to look at birds...

...like this pair - a red wattled lapwing and an openbill stork 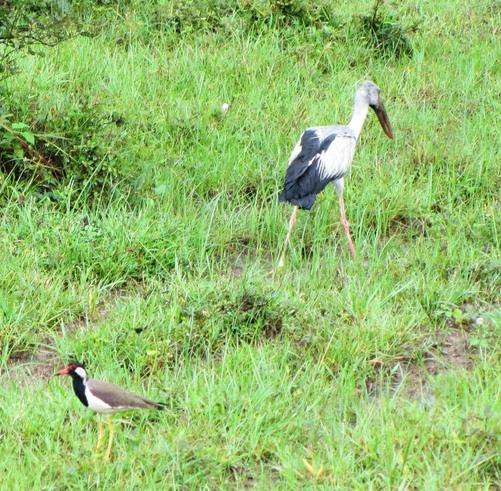 ...and this gorgeous peacock. 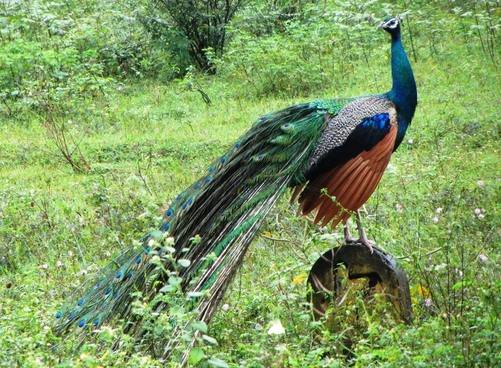 During our two nights in Trinco we had experienced rain to end all rains. As a result the lakes and tanks were full to overflowing. A tank or wewa is a reservoir and the Sri Lankans were master tank constructers par excellence as far back as the 4th century BCE. Many of these ancient water sources are still functioning today.

I can’t claim that the tank we stopped at en route to Sigiriya had dam-workings from ancient times, but it was still very impressive. The sluice gates had been opened and the resulting outpouring was formidable, engulfing trees , rocks, pastureland and anything else in its path. The tearing  torrent and the terrible sound it made was a graphic illustration of the force of water, bringing back again thoughts of the tsunami .  Quite scary, standing by the side of it. I was happy when we moved on. 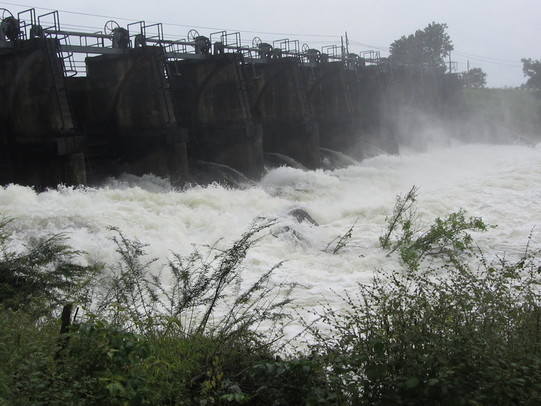 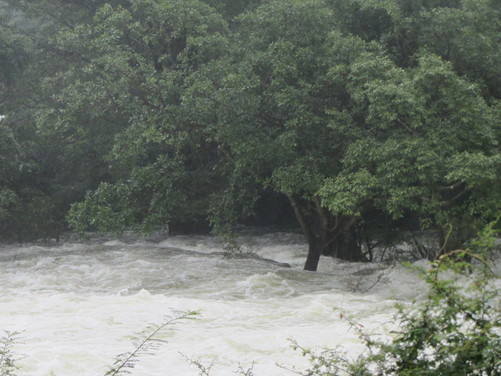 And still it rained. 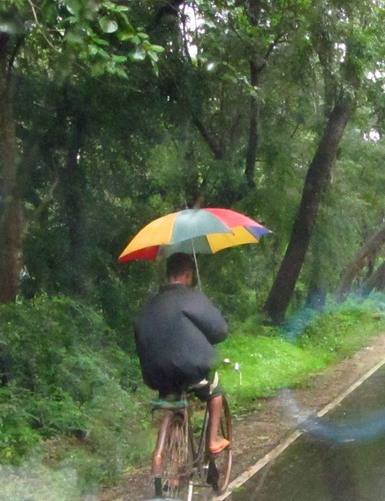 It had eased off a bit when we got to Sigiriya shortly before midday. Our hotel for the next three nights, the Sigiriya Village, was very pretty, again chalets located in lush jungly trees: hornbills swooping overhead, ducks and geese on the pond and endless thalagoyas strolling down the paths or basking in the greenery. 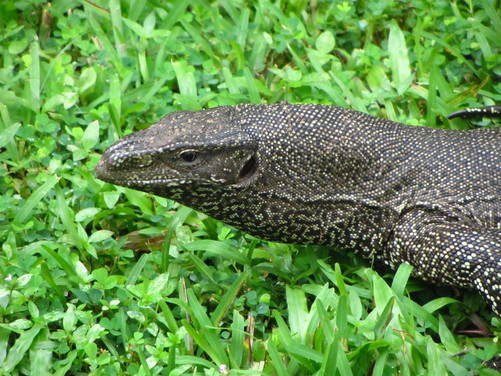 A small but  adequate swimming pool, though it did not, as advertised on the web, reflect the Sigiriya rock on in its water. But then, that was probably due more to the weather than misrepresentation.  The downside of the resort was that it catered for huge groups, so the dining hall was the size of an airport hangar and quite impersonal. Food, as usual in Sri Lanka though was of a pleasing standard with plenty of choice.

Upali suggested  a jeep safari from Habarana, 26 kilometres away,  in the afternoon and we all agreed eagerly.  So after a light lunch (ie an ice cream in my case …) we piled back into the van and drove to Habarana.

The Hurulu Eco Park which is accessed from  Habarana was opened in 2008 and is part of the Hurulu National Forest. It is fed  by several waterways and includes teak  plantations as well as wild forest and boulder-strewn scrub. 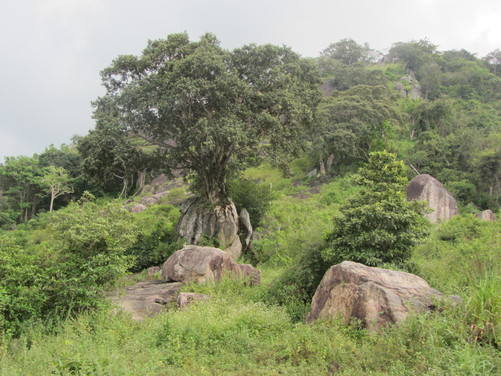 Our jeep safari took us on 22 kilometres of very rough track, fording streams and climbing impossibly steep and slippery slopes. 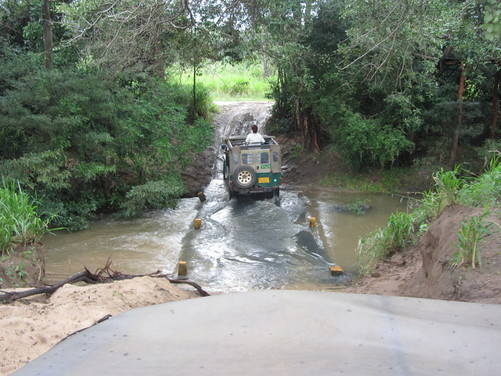 The trip lasted some three hours and was worth every uncomfortable minute. The park teemed with wildlife, from birds... 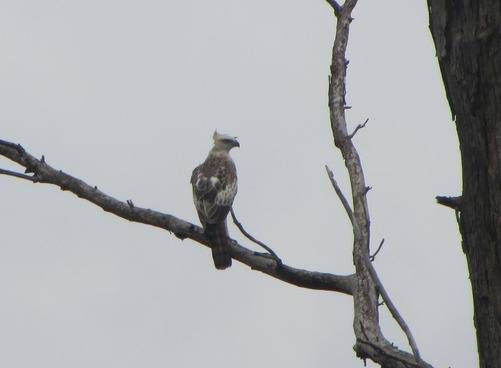 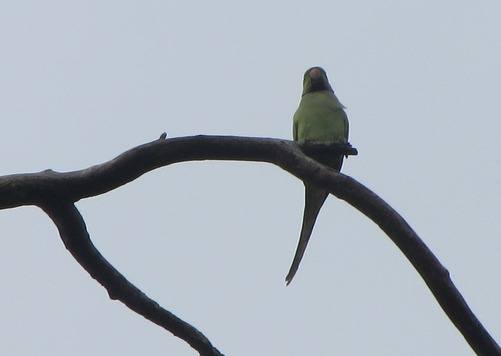 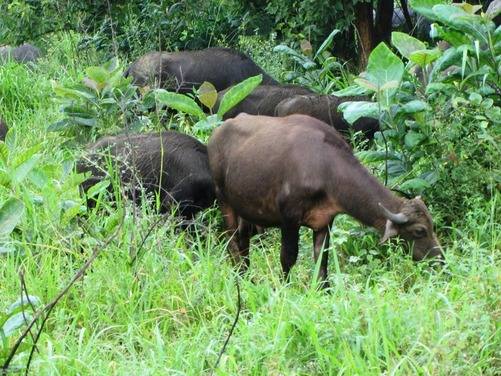 ...to elephants. Especially elephants. We seemed to encounter them  around every bend, grazing in the shrubbery, tending their young, moving in large and small herds. Once, a large male in musth – a dangerous condition when the male is high on testosterone, identifiable by the fluid flowing from its temporal glands  – came at us out of the bushes (after first venting its frustration on a tree). The driver waited till the last minute before he skidded away. A somewhat risky way of treating the customers to a cheap thrill. 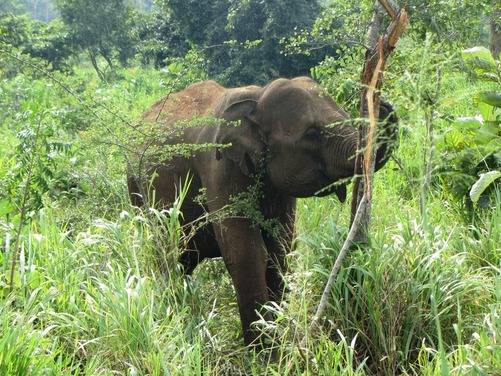 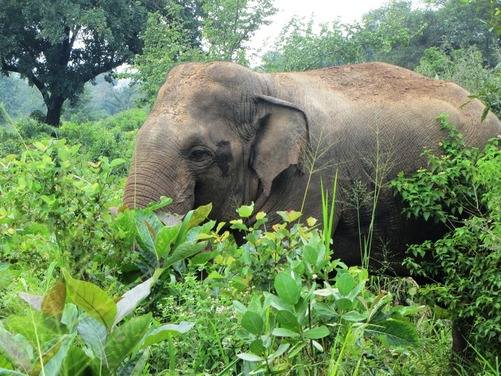 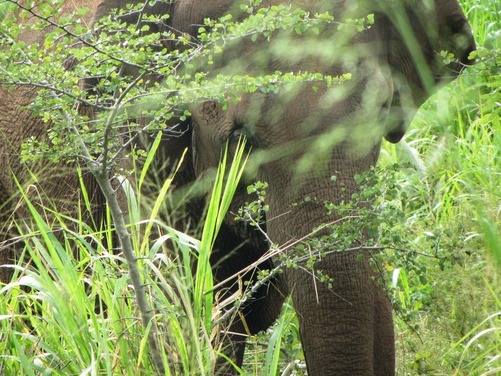 We even encountered a large herd outside the park, moving through the bush by the side of the main road, as we headed back towards Habarana. 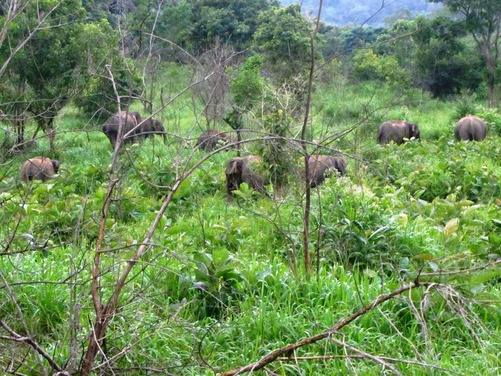 It was a truly magical afternoon and a warming start to our stay in Sigiriya. Quite made up for the rain that had started to fall once more.