Tweet I've been very remiss about updating my blog. Not altogether my fault, life seems to have taken over. Since the beginning of December I've barely had a day free. The beginning of the month was taken up with the courses I run for the U3A - Writers' Workshop on the first Monday and Indian Art on the first Tuesday.

After that it was pack your bag, you're off to Luxembourg again for a happy long weekend getting introduced to the latest member of the Black family - a second grandchild (and first grandson) for Yours Truly. Luxembourg glistened in a snowy eiderdown. Pretty but cold. Good thing I took my boots and one of my trusty pashminas. 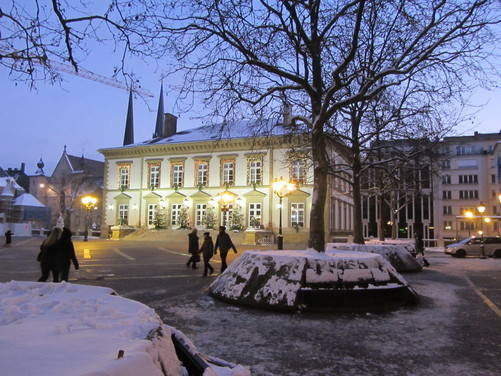 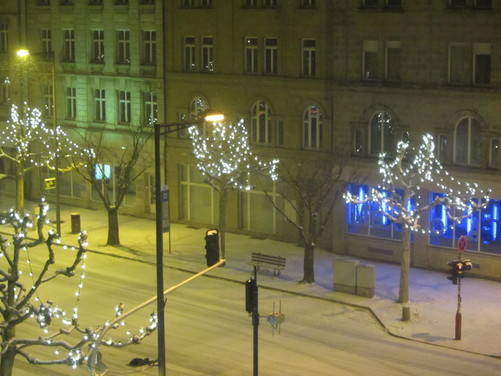 We went to a Christmas market in the snow (baby and all) and guzzled waffles and Gromperekichelcher - traditional potato pancakes - with apple sauce. In Germany they are called Kartoffelpuffer, which sounds much more appealing (and easier to say). We drank Glühwein and bought a few pretty items. 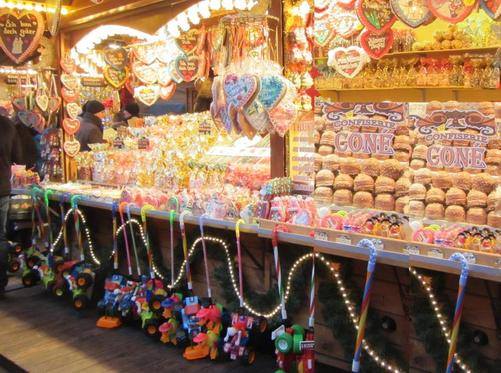 The day of my return to England was my granddaughter's 8th birthday and since my plane left late afternoon, I could help her celebrate by taking her to her piano lesson and then meeting up with Dad (hers) alias son (mine) for lunch before my departure.

Transport between Luxembourg airport and the City is simplicity itself. To get there you hop on a bus at the central station (every ten minutes, cost 1 Euro 50!). Twenty minutes later you're at the airport. So far I've been lucky - queues have been minimal, though Easyjet, who only started flying into Luxembourg in October, are making a big meal of hand-luggage size and make you line up again at the gate to have your bag rammed back into their measuring cage thingy. Funny  though about airports - at Gatwick I had to take off my boots. At Luxembourg I didn't, but I had to take off my watch. Is it just someone's whim, or is there a logic to any of it?

Back home my Jade tree was in full bloom. I remembered that when my granddaughter was born it had flowered for the first time, and has flowered every year since. Now here it was, flowering again both for her and her baby brother. 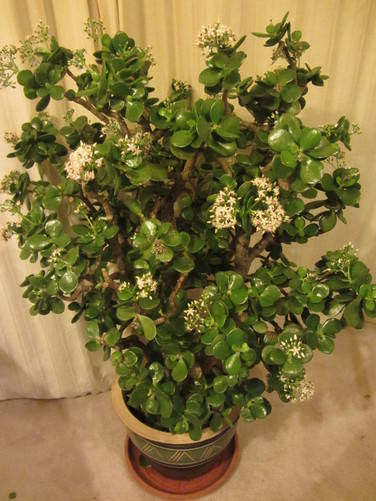 The day after I got back home my sister flew in from France for a six-day visit. Could it really be three years since we'd last been together? It could, though thanks to Skype we'd been in each other's living rooms on average twice weekly during those three years, so it didn't seem that long.

A couple of days later her daughter (my niece!!) joined us from New York. So a real family get-together, although my daughter Joanna was away touring with 'her' rock band 'Skin'  - moonlighting as their merch-girl, so she didn't get to see her aunt or cousin.

Of course a visit to Wisley was part of our plans for the week. Somewhat bare now in winter but still pretty and some interesting organic and inorganic art in the glasshouse. 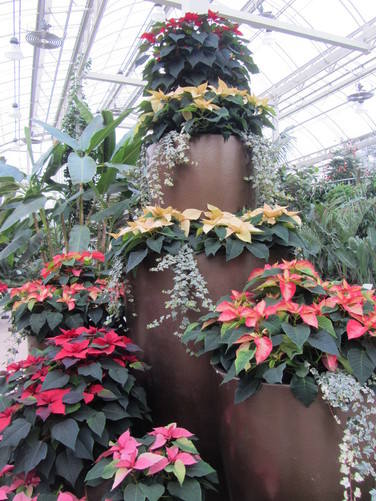 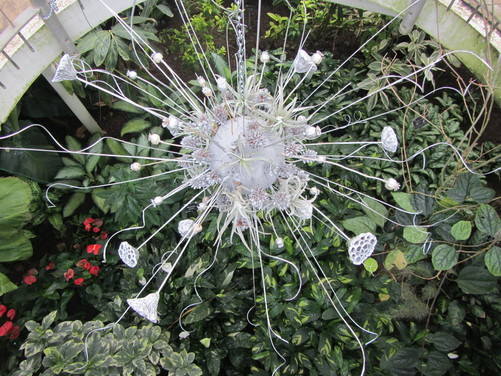 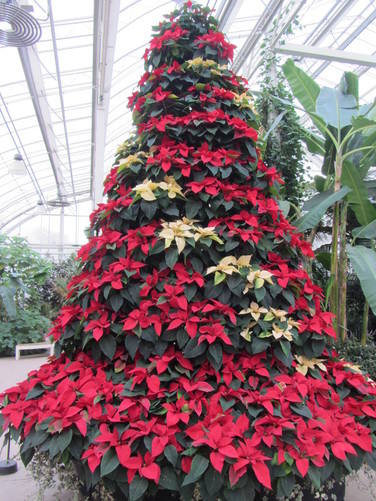 On Saturday we celebrated my sister's birthday with a visit to the Royal Festival Hall for a stunning concert performance of Der Fliegende Holländer from the Zurich Opera Company with the incomparable Bryn Terfel singing the title role. I've seen this opera at least seven times , including once at the Wagnerfestspiele in Bayreuth, and once seated in the Royal Box in the London Coliseum (from where the view is actually appalling). The music is unforgettable and some of Wagner's most melodic. It is still in my head almost a week later.

Now I've got to upload this and get back to essential tasks - primarily finish editing and proofreading Jay's manuscript for Goldenford and in between, somehow prepare for the Luxembourg branch of the family flying in to join the Guildford duo for Christmas. This involves catering for three generations ranging from total vegetarian (not vegan!), through  fish eaters to carnivores! I've got far too much cake (brought over from the continent) and I know I'll end up eating most of it myself. Never could resist a Stollen or Nurnberger Oblaten. And Joanna came back from her tour bearing chocolate-covered, marzipan-filled Domino Steine from a German Chrsitmas Market in Manchester. And I've got the enormous box of Lindt chocolates Jackie gave me.

To clear the decks I've had to finish off the remaining half packets of Hobnobs and Bourbons left over from my U3A groups' tea breaks - well, they'd have gone stale otherwise, wouldn't they?