So this is where the serious stuff begins. If you’ve never heard of anything else in Burma (apart from a fleeting familiarity with Mandalay, thanks to Kipling, and Rangoon, thanks to Coward) you will have heard of Pagan, or Bagan as it is sometimes spelled.

The great kingdom of Pagan was fairly firmly established by the Western Mon people by the tenth century, although the era known as the ‘Pagan Period’ is regarded as dating from the 11th century (1044-1287). This was when the Burmese leader Anawrahta, conquered the Mon and became the ruler of Pagan. It was during this time that Anawrahta introduced the Theravada Buddhism of Sri Lanka as the state religion. Previously  a variety of religions, including Mahayana Buddhism and nature religions had been predominant in the area. However, Burma continued (and continues to this day) to integrate these other forms of worship into the dominant  Theravada school.

The people of Burma  were prolific builders of brick and stucco stupas, as well as wooden temples.  Fine Mon and Pyu  buildings had long existed by the time of Anawrahta . The king built upon the traditions of these forerunners, using Pyu craftsmen who were so much more skilled and experienced than the Burmese at the time.  From then onwards stupa and temple building flourished on the plain of Pagan and by the thirteenth century more than 10,000 sacred edifices had been constructed, ranging from small shrines, to magnificent temple-stupas, which were an entirely Burmese innovation. The original  Indian stupa was originally a solid mass, in which was entombed some relic  representing the Buddha. One of these is the great stupa at Sanchi in Madhya Pradesh in India.

During Anawrahta’s rule Burmese emissaries continued to travel to India – the land of the Buddha  -and brought back architectural plans and ideas for temples and stupas. Over the following centuries they adapted and developed these prototypes: some stupas were still constructed as  solid entities, but some gained an interior and a central shrine and thus morphed into temple-stupas.

Of the original 10,000 constructions, some 2000 still stand, like mystical sentries across the  landscape of Pagan. Most are brick and stucco, very few are constructed from stone. Ornamentation is sparse compared with the lavishly stone-carved religious architecture of India. It is the architecture itself that speaks to us: organic, alien, industrial… above all, spiritual.  A sacred  dream world, unmatched anywhere else in the world.

We climbed the steep stairways to the upper terraces of some of these to gasp at the view, explored the interior of others. Some had thus far escaped the Burmese thirst for 'restoration' - which consists of coating the enigmatic old ruins with layers of cement and gold paint. Luckily the gold paint appears to be of poor quality and badly applied, so that in the case of some of the finest old monuments, it is already peeling off, revealing rust-coloured undercoat and giving the whole a rather pleasing 'antiqued' finish. 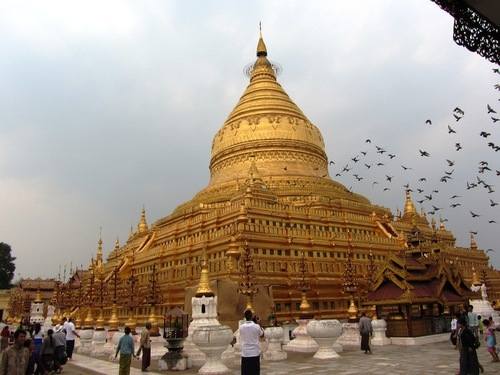 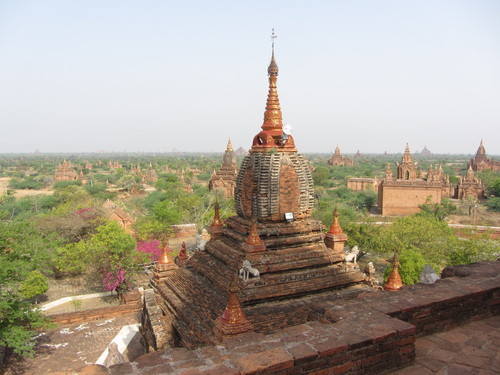 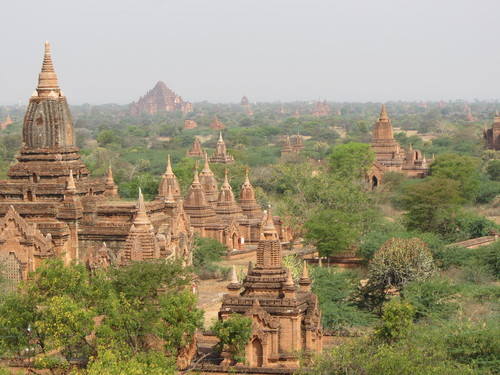 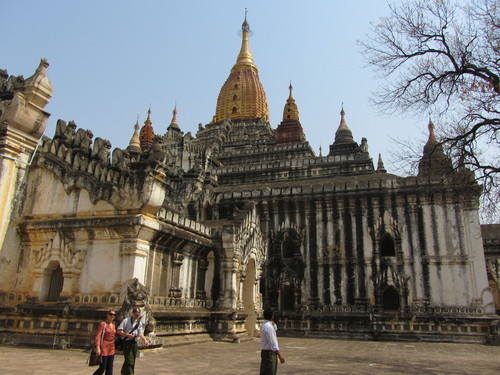 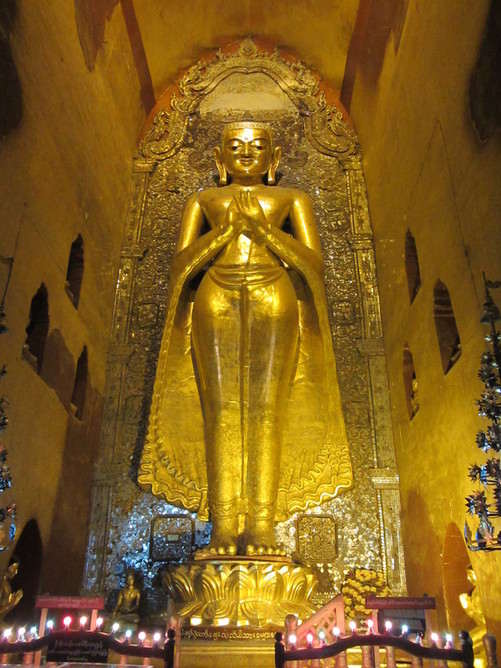 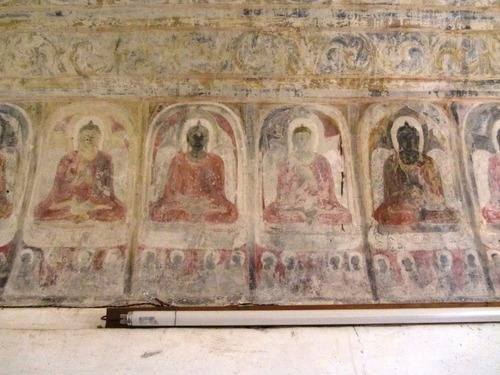 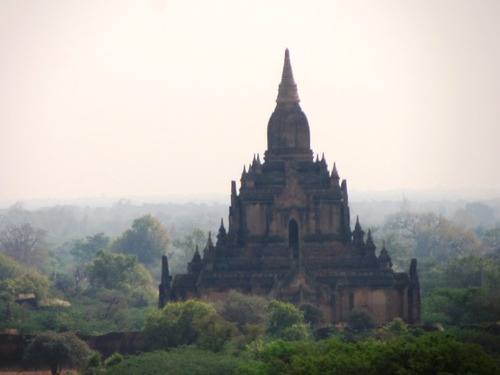