Once upon a time there lived in Burma, a flower-eating ogress called Me Wunna. She roamed the forested slopes of Mount Popa, a 1518 m high volcano not far from the holy city of Pagan.

Some two thousand years ago,  a ruler of Pagan, King Thinligyaung, granted refuge to the Mahagiri Nats, brother and sister spirits of the Great Mountain. They made their home on Taung Kalat, a volcanic plug near Mount Popa.

In the 11th century, another ruler, King Anawrahta, liked to send his Indian messenger, Byatta, to the mountain to gather flowers.

When Anawrahta  learned one day that Byatta had fallen in love with the flower-eating ogress, he had his emissary executed. Me Wunna, on hearing of her lover’s  fate, died of a broken heart.

Both Me Wunna and Byatta were transformed into spirit Nats,  a destiny that awaited many who died under tragic circumstances.  They too went to live on Taung Kalat with the Mahagiri Nats, and the four of them abide there to this day and are the most important and powerful Nats in the whole of of Burma.

All in all there are 36 Nats, with the Buddha sometimes included as the 37th. All of them are depicted in a shrine at the foot of Taung Kalat. 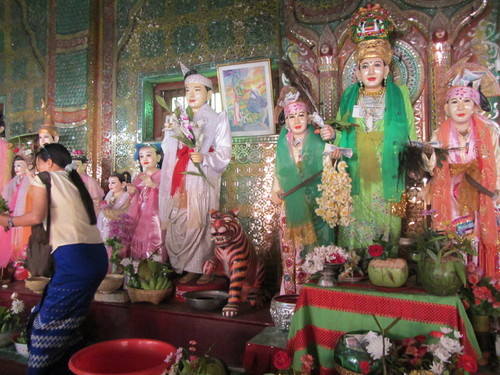 The first sighting of Taung Kalat (which is itself more commonly known as Mount Popa, like its nearby mother mountain), is a dramatic glimpse through the trees. The plug rises 737 metres from the ground. On top,  perched precariously, is a Buddhist monastery.  Snaking up the near vertical slope are 777 steps. 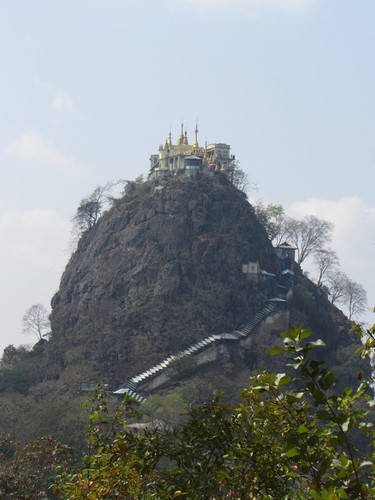 ‘No way,’ I proclaimed as we looked at the view. I was , as you may recall, still somewhat incapacitated by The Incident at Heho. The steps, albeit roofed over, to protect the pilgrims from the searing sun, were clearly beyond my present capability.  Besides which, an acquaintance who had recently visited Burma, had told me that this expedition was the only part of the tour that she disliked. The steps, she declared, were covered with monkey excrement , the climb was daunting and the view from the top was not worth while. So I decided that I’d stay at the bottom along with several other opt-outs in our group. These included the Octogenarians, the Unfit and  the Sensible, to which my somewhat rotund but surprisingly athletic German friends  Margot and Heinz most definitely did not belong.

‘Of course we’re going up,’ they announced as we stood at the foot of the steps and stared heavenwards.  With that, Heinz set off, rapidly disappearing from view. Not bad for a man who’s had a heart bypass.

Margot has a way of getting her way. ‘Just come for the first bit,’ she suggested (it was more of an order). Since she herself has made a remarkable recovery from serious illness, and since I could boast no infirmity except for possible cracked ribs, throbbing knee-bones, sore elbows and extensive bruising, I felt a real cad when I refused. ‘I really can’t,’ I mumbled. ‘I’m in too much pain.’ Quite true but Margot would not take no for an answer.

‘I’ll have to do it all on my own then,’ she said accusingly, giving me a sly, sidelong glance. ‘He’ll be halfway back before I’m at the top.’

She won, of course.  ‘Oh, for goodness sake, I’ll come up the first flight!’

The first few flights were okay because we could keep our shoes on, thus avoiding the monkey business, and there was enough of a plateau between each flight for me to get my breath back and watch the locals picnicking on their way to the top. 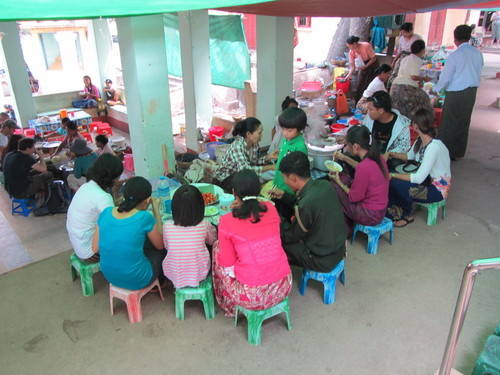 At a certain point, shoes had to be handed into lockers and from then on it was a worse experience than walking on hot coals (not that I’ve ever walked on hot coals).  Oh, it wasn’t hot, as the roof covered the whole climb. But it was Trial by Monkey Poo (and Monkey Pee). Granted a small army of mopping men were employed to keep the steps clean, but they were fighting a losing battle. Monkeys everywhere, with not the slightest notion of toilet manners.  You had to keep your eyes fixed firmly on the ground and dance your way upwards between the piles and the puddles. 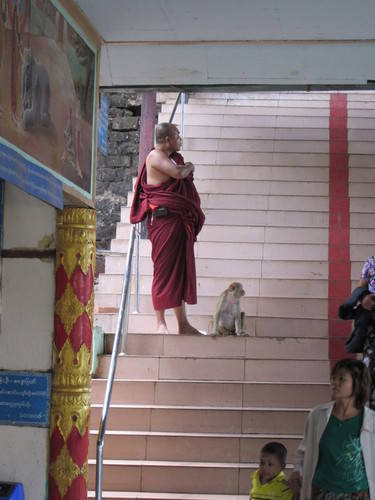 The occasional plateau gave me a chance to protest (futile!) and to comfort myself by taking in the breathtaking views. 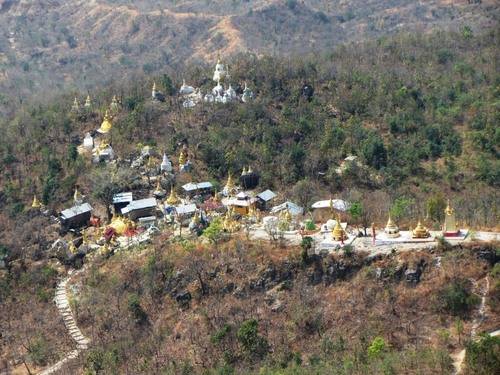 Margot is cunning.  As the steps got more vertical (and dirtier) she somehow managed to trick me into tackling ‘just one more’. Never mind that I ached all over. Never mind that I viewed each new flight with increased dread. Never mind that I had stepped into the deepest puddle of monkey pee on the whole flight. Somehow- don’t ask me how – we both got to the top. 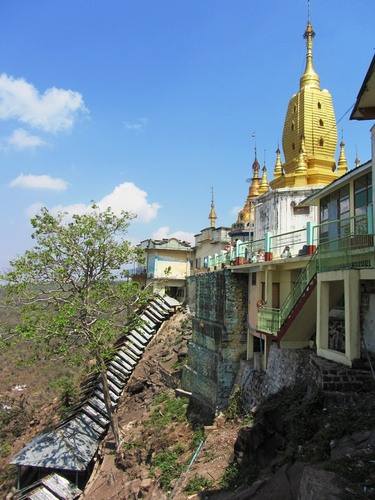 And suddenly the world was beautiful again. The view of the forested mountains was stunning. The monastery was charming. The sense of achievement could not have been greater if I’d climbed Everest. 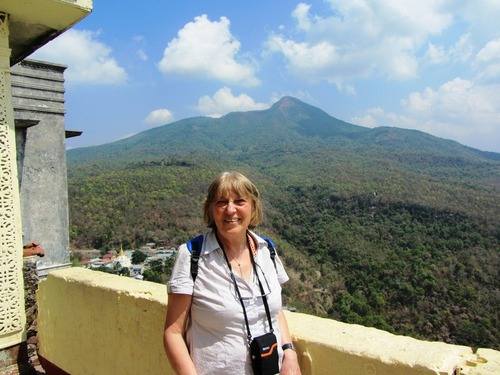 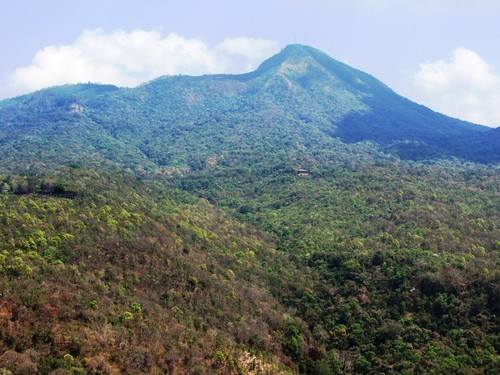 Of course we were the last down – Margot likes to linger and has her own logical defence. ‘Ridiculous, Frau Grimmbacher only allowing forty-five minutes to do this in… her own fault if we’re late – for not giving us enough time.’ She was right, of course, but that’s one of the disadvantages of being on an organised tour. We sauntered up to the bus some 20 minutes late, and tried to ignore the tight-lipped glares that greeted us as we got on. It had been worth every late minute!