Bangkok always manages to throw out a surprise or two. I seem to have a love-don't love relationship with the city:

Love the ancient sites, the secret places, wonderful parks, the food and above all the hospitality of my Thai family (their home-made sticky rice and mango, and Pad Thai remain the food highlights of my whole  tour of Burma and Thailand).

Don't love the pollution, the traffic jams and materialism gone mad, better suited to the USA than to this gentle, Buddhist kingdom. But then this seems to be the pattern all over the Far East and South East Asia.  They are superb business people.  I just hope they don’t end up drowning all their traditions in this vast ocean of commercial empire-building.

You’d think I wouldn’t get to see much in the full three days  I was there, but the family made sure  every moment was utilised.  I arrived from England at 6 in the morning, and by lunchtime we’d dined in a Japanese restaurant and were on our way to see ‘the Big Elephant’. This was to be my first encounter with Airavata during this journey: the king of the elephants seemed to crop up on several occasions in Thailand and Burma.

Airavata is the elephant mount of the Hindu god Indra (king of the gods and the god of storms).  Airavata was the original elephant, who rides across the sky as a storm cloud. He is the progenitor of all the world’s elephants, who once had wings and were also, at one time, clouds.

In Thailand, Airavata is known as Erawan, and there are numerous statues of him as a huge, three-headed beast. On the first morning of this trip I was taken to the bizarre and eccentric Erawan Museum in Samut Prakan. Erawan towers over his base, the museum building: a giant cast in greenish  copper - 250 tons in weight, 29 metres high, 39 metres long. You can’t miss him. 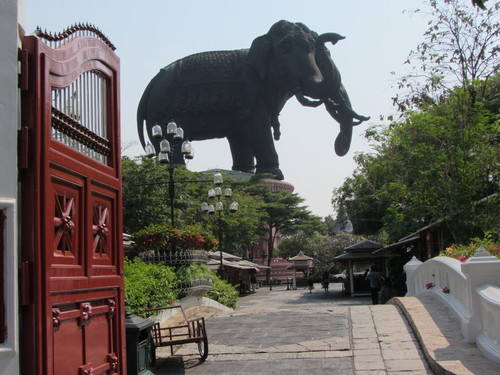 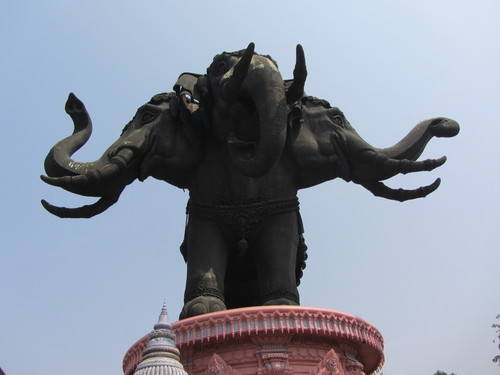 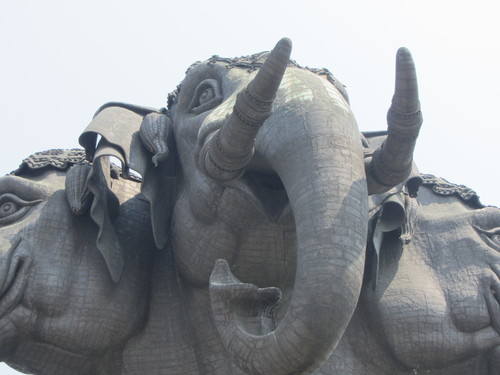 The interior of the museum houses three floors representing the Thai Cosmos, a riot of shapes, colours and carvings from Hindu epics and Buddhist traditions.  All master-minded in the 1960s by Lek Vriyaphant, who wished to preserve his collection of antiques while at the same time honouring the elephant king. 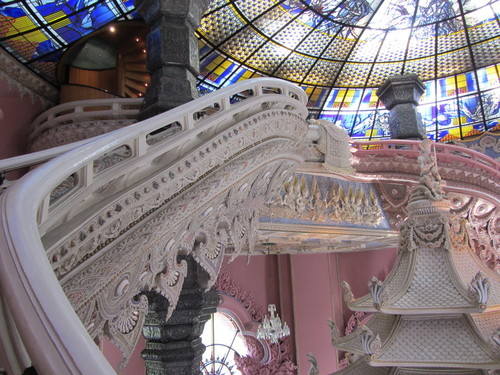 Outside there are gardens and shrines and innumerable Buddhist figures. The place was crowded with groups of school-children as well as tourists and pilgrims.

Our next stop was Ancient Siam. I’d heard of this. It is 200 acres of land, roughly the shape of Thailand, upon which some of the country’s most famous old monuments have been reconstructed either full-size or scaled down. Like the Erawan Museum, it is the brain-child of Lek Vriyaphant.

I expected a theme park, but, far from it, it’s a beautiful place, tastefully designed and constructed, a working, open-air museum. Well worth a visit to give you an inkling of what Thailand is all about. 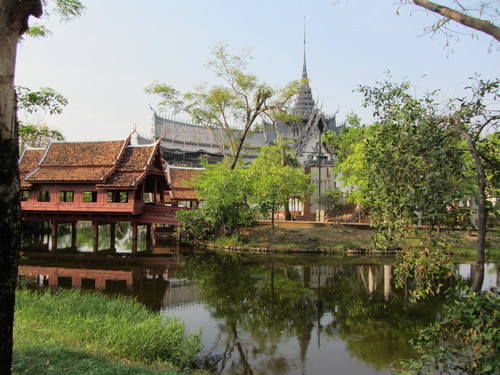 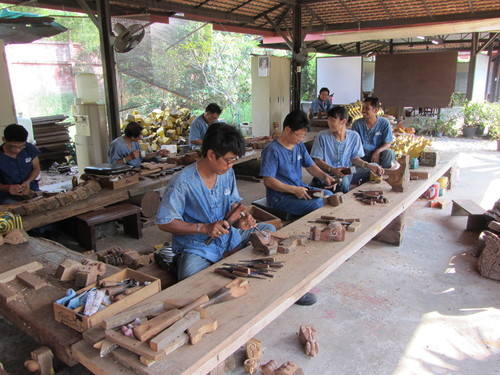 We enjoyed a fantastic evening meal that evening, at the Bangpu Nature Reserve, watching the sunset over the Gulf of Thailand. 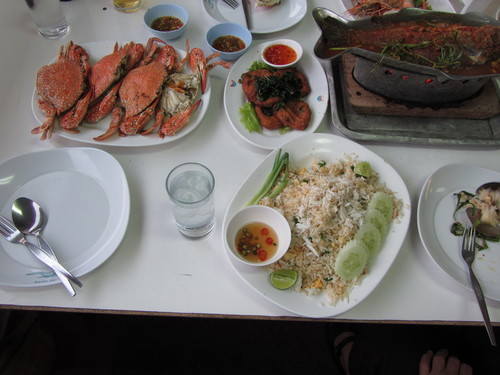 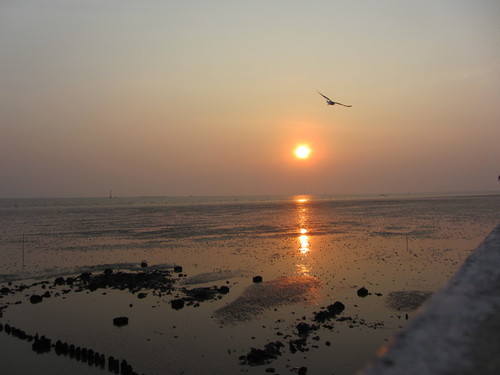