…with milk and honey blest, wrote Bernard, a Benedictine monk at the Abbey of Cluny in the 12th Century.

Well, I have news for you, Bernard. Jerusalem is not golden, it’s creamy-white. So the milk and honey thing isn’t too far-fetched. And yes, I concede that in the setting sun the city might take on a golden aura. But it’s the near-translucent paleness of the limestone that creates the real magic. Everything, from the Judean hills on which the city is set, to the myriad gravestones hugging its walls, to the walls themselves, the great gates and the citadel within, is hewn from the same creamy-white rock. 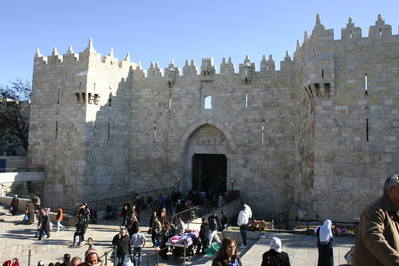 The old city is surrounded by walls. These have been built up, knocked down, built up again continually over the millennia. The current ones, though built on ancient foundations, were rebuilt in 1538 by Sultan Suleiman the Magnificent of the Ottoman Turks. 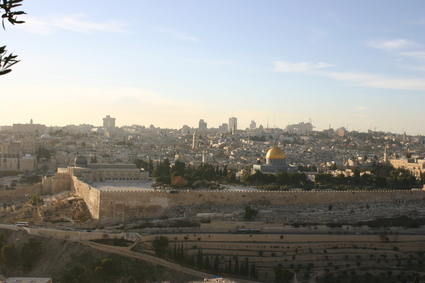 Dominating the Old City is the 7th century Dome of the Rock, clothed in gold floating on a hexagonal blue-tiled base. It sits on the Temple Mount and is now banned to non-believers. This is a sad reflection of the situation in the city. Where there is peace and confidence, there should be no fear of opening the doors of a religious building and sharing its ‘aura’ with others of different faiths. But here peace sits nervously on the shoulders of bitter discord. So now the way is barred. 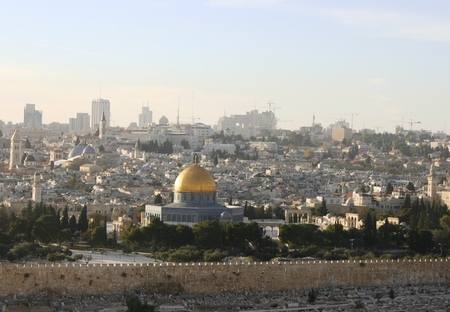 The best view of the Old City is from the Mount of Olives. But beware, this Arab neighborhood seethes with underlying tension. The desecration of Jewish graves in the cemeteries on the slopes is an ongoing problem. The area is also rife with clever and threatening pickpockets, as we discovered when we walked to the viewpoint.  I won’t go into details. Suffice to say that a subsequent visit to the Central Police Station in Jerusalem was not what I expected. The police complex, impressive from outside, was somewhat primitive inside – shabby little rooms and a dust-coated waiting area that looked as if it had walked straight out of a film set for a provincial town in a Third World country. The police officer, on the other hand, an elderly Israeli Arab, was charming and sympathetic, and restored my faith in humanity.

The Western Wall did not focus my feelings in any ‘spiritual’ way. Getting anywhere near it removes any sense of  sacredness by the time you’ve passed through the women’s side of the soul-destroying though regrettably very necessary security gates. We were pushed and jostled by large, rude European matrons who loudly expressed their disgust at having to wait and attempted to run the barricade. This resulted in a total showdown and reinforcements had to be called to ‘convince’ the matrons to return to the right side of the security gate and let the exasperated young guard search their handbags. 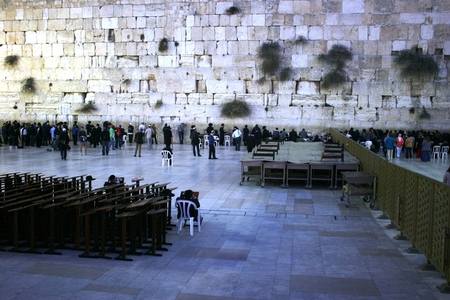 It seems religious places in Jerusalem all attract squabbles. The Church of the Holy Sepulchre is no exception. It is shared by six Christian sects, the main ones being the Russian Orthodox, the Catholics and the Armenians. For centuries the key has been held by a Muslim family, since the Christians are always falling out with one another, and their conflicts have been known to result in violence. 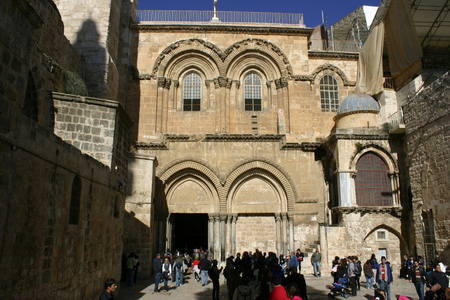 Like the Church of the Nativity this is a dark, confusing palace, festooned with gorgeous lamps and pilgrims vying for their moment to kneel at the point where the cross is said to have stood, or to kiss the marble slab where the body of Jesus was said to have been washed. 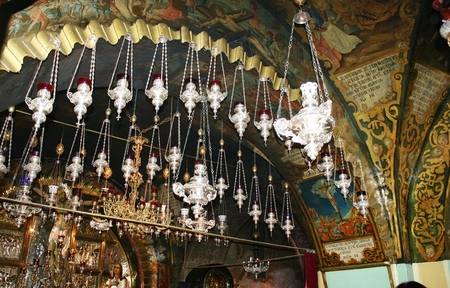 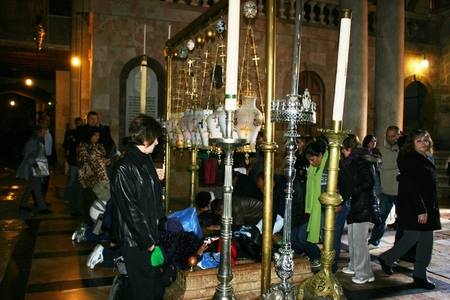 For me the most moving religious building is  not one of the ancient sites, but something more modern: nestled in the  Hadassah Medical Center, is the Abbell Synagogue, home to twelve  magnificent windows depicting the twelve Tribes of Israel, created and gifted to the Jewish People by Marc Chagall, in 1962. This place, I believe, is the nearest I came to feeling a sense of connection with this enigmatic land. Perhaps because it was peaceful; perhaps because it was beautiful; perhaps because I simply love the genius of Chagall. You could call it God-given. 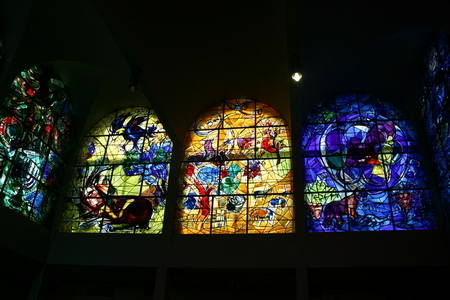 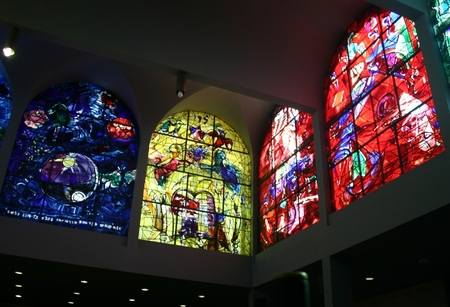 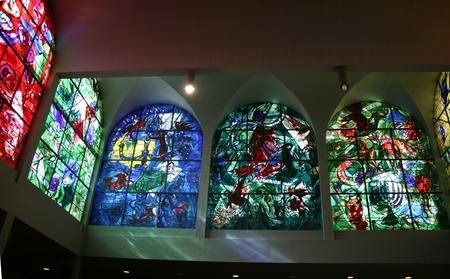