Bethlehem : the city where David was crowned King of Israel; the birthplace of David’s descendent: Jesus.

Administered by the Palestinian Authority,  Bethlehem is –or at least was – a predominantly Christian Arab city. We travelled there in an Arab bus from Jerusalem scarcely half an hour away, skirting the great ugly wall built by the Israelis to stem the tide of terrorist attacks from the Palestinian areas. The attacks had certainly dwindled practically to a halt since its construction, but, our (Jewish) guide said, the wall was just one of the reasons why they had stopped. Things are never that simple. 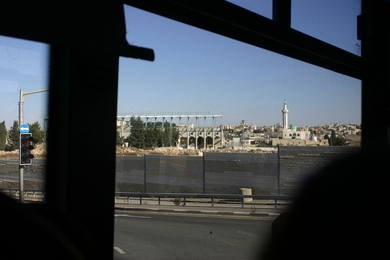 We had lunch in Beit Jala, a town within the  Bethlehem Governorate. Our meal, at a small Arab restaurant, consisted of the usual varied mezzes and pitta bread and plates stacked with barbequed chicken. I could have done without the chicken. The mezzes were wonderful, particularly the creamed garlic for which the restaurant is known.

Afterwards we took a taxi to Manger Square  in Bethlehem. The driver was a Christian Arab. Was life better under the Israelis or the PA, we asked him. Under the Israelis, he replied with no hesitation. One reason for this was that he was now banned (by Israel) from driving his taxi to Jerusalem, thus losing much income. But  the other reason was the treatment of the Christians by the Muslims, who were gradually displacing the Christians as the majority religion of Bethlehem.

I’ve mentioned press bias. How about these two  paragraphs from Wikipedia – the first refers to Beit Jala and the second to Bethlehem itself.

There have been incidents of tension between Christians and Muslims in Beit Jala since the Palestinian Authority took over in 1995. Many Muslim families from Hebron and other parts of the West Bank moved to Beit Jala and illegally seized privately-owned lands. Christian residents who tried to prevent Tanzim gunmen in Beit Jala from firing at the Israeli settlement of Gilo were beaten by the gunmen who were also accused of raping and murdering two sisters. There have been reports by Christian women in Beit Jala of being harassed by Muslim men from the village of Beit Awwa in the Hebron area. Muslim and Christian political leaders say that the violence is mostly the result of "personally motivated" disputes and deny the existence of an organized anti-Christian campaign

Palestinian Authority rule following the Interim Agreements is officially committed to equality for Bethlehem area Christians, although there have been a few incidents of violence against them by the Preventive Security Service and militant factions.

The outbreak of the Second Intifada and the resultant decrease in tourism has also affected the Christian minority, leaving many economically stricken as they are the owners of many Bethlehem hotels and services that cater to foreign tourists. A statistical analysis of why Christians are leaving the area blamed the lack of economic and educational opportunities, especially due to the Christians' middle-class status and higher education. Since the Second Intifada, 10% of the Christian population have left the city.

A 2006 poll of Bethlehem's Christians conducted by the Palestinian Centre for Research and Cultural Dialogue, found that 90% reported having Muslim friends, 73.3% agreed that the Palestinian National Authority treats Christian heritage in the city with respect and 78% attributed the ongoing exodus of Christians from Bethlehem to the Israeli travel restrictions in the area.

Two rather differently slanted articles, I’m sure you’ll agree… but giving yet more pause for thought and underlying the complexity of the whole political arena in the area.

Manger Square really ought to be renamed Manger Car Park; it’s bordered on one side by a great mosque sporting  a gigantic image of Yasser Arafat on its wall, on another side by the so- called ‘Bethlehem Peace Center'. 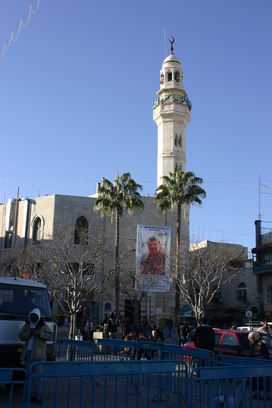 Only at the front do we get some sense of ancient grandeur as the limestone stone walls of the Church of the Nativity greet us with silent gravitas, oblivious to the groups of foreign pilgrims milling around their guides before heading for the unassuming little entry (the Door of Humility) to arguably the world’s most famous Christian shrine. 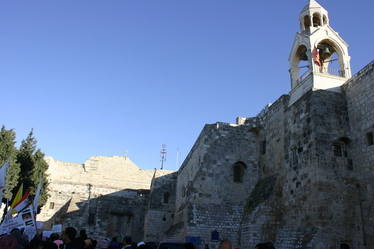 The 6th century church is run by the Greek Orthodox authorities in Jerusalem. It is dark and opulently gilded. A glass cover reveals part of a mosaic floor from the time of the Emperor Constantine (4th Century). I was stuck by the vast numbers of lamps hanging from the ceilings of the various naves and apses: these could just as easily have been mosque lamps. They also took me right back to the Paradesi Synagogue in Cochin, India. 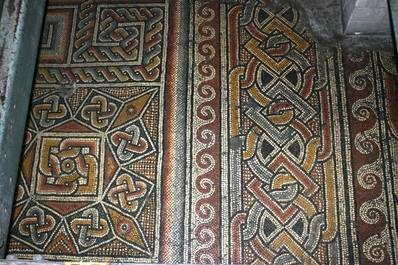 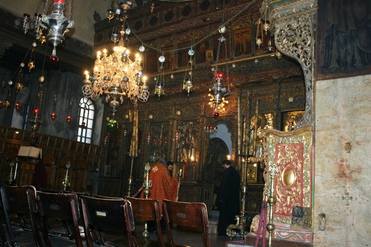 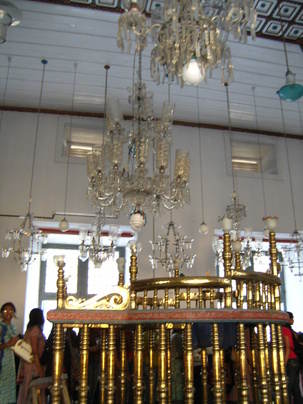 The Faithful queued patiently to go down into the ‘cave’ where Jesus was said to have been born (a 14-pointed star marks the spot) and placed in a manger.

Adjoining the Church of the Nativity is St Catherine’s Roman Catholic Church, a less confusing, more unassuming, certainly less lavish 19th century edifice. It is from here that Midnight Mass is broadcast on Christmas Eve. 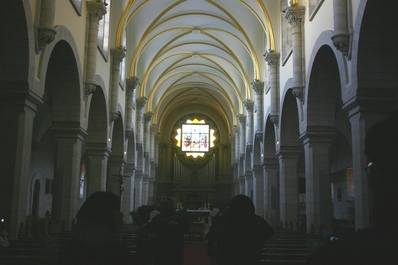 Farther on there’s a strange little grotto known as the ‘Milk Grotto’. Actually not so little, and there was an impressive new extension and a beautiful stained glass window.  Apparently it was from this grotto that the Holy Family set out for Egypt. 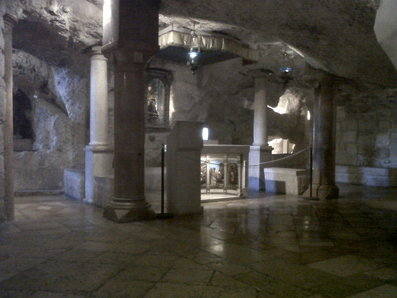 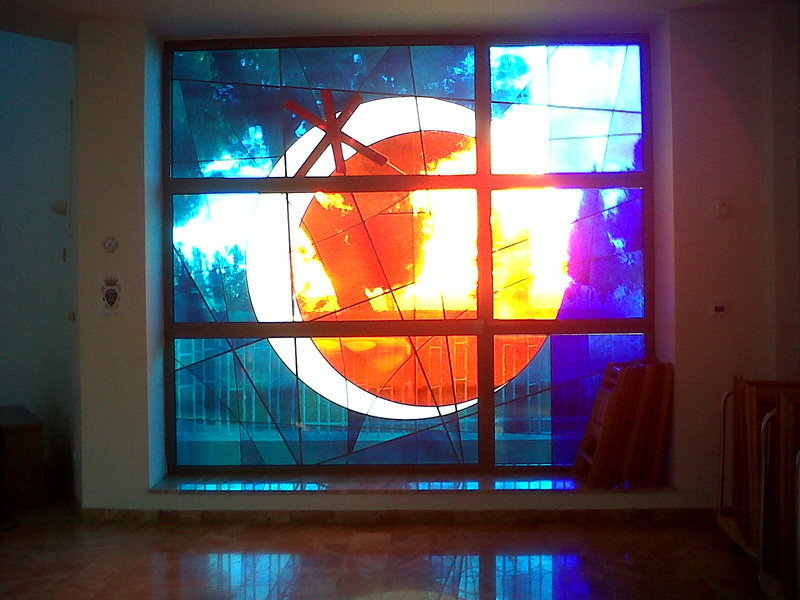 Outside the churches there’s a row of little craft shops, where you can buy tasteful and tasteless souvenirs and watch the olive-wood carvers at work. Commercialism yes, but surprisingly and refreshingly low-key.

Our taxi driver took us to a bus stop, where we caught the bus back into Jerusalem. At the border we stopped and the Israeli border guards got on.  They looked like teenagers and probably were – boys and girls. Most of the passengers were asked to get off. I and some others were told we could stay on board. I watched through the bus window as the passengers queued up for the guards to take a cursory look at their ID cards before they got back on. No problems, all quite genial and soon we were back in Jerusalem, its splendid walls gleaming whitely in the moonlight.