Or one country, two federal states, Israel and Palestine?

This proposal may surprise you. After all in Europe we only hear what the media feed us.  And by and large the media-agenda is to play on people’s deeply (or not so deeply)-buried prejudices.  And if there is one prejudice that equals or exceeds the current Islamophobia  circulating the globe, it would appear to be the carefully-constructed myth that Israel is a huge demonic force intent on treating ‘the  Arabs’ as inhumanely as possible.

Whatever one feels about the wisdom of the creation of the modern state of Israel, never forget that there are people there who simply had nowhere else to go. Nineteenth and twentieth century state-backed pogroms in Russia and Eastern Europe ensured that Jews were either massacred or fled. Later, in the 1930s, when Hitler set into action his ‘final solution’ and the doors to countries all over Europe slammed shut in the faces of Jewish refugees, many had no option but to head for Palestine, then a British mandate.  Jews have been persecuted in Europe for almost 2000 years so the self-righteous indignation of an acquaintance who voiced her disapproval when I told her I was going to Israel, is somewhat hypocritical, don’t you think?

It was the British who proposed a homeland for the Jews and the United Nations that ratified it. Whatever the shortcomings/irresponsibility/deviousness/thoughtlessness  of the British plan, it is a fait-accompli. The Arabs did not accept the United Nations vote and went to war in 1948 against the new tiny country. Some fled, undoubtedly some were driven out. It was war.

But now, more than 60 years on, why is the hatred, the homelessness, the ‘refugee’ status of the Palestinians still festering on?  Most people who are refugees (including my own family in the 20th century) are absorbed into a new country. Why are there still, after all this time, Palestinian refugee camps? Why do they still have refugee status?

Because the politicians wish it so. This is the simple and only answer. Manipulated by those in power. We’ve seen it time after time throughout the world.

My visit this month to Israel and the Palestinian Authority territories, gave me plenty of food for thought.

It’s often forgotten that there is a huge Arab minority of almost  25% in Israel. There are Muslim, Christian and Druze villages scattered across the hillsides. The Druze, I was told, often do well  in the Israeli army. The Muslims are not obliged to join but some choose to as well, especially the Bedouins.

The Israeli Arabs have their own MPs in the Knesset to represent their interests.  Universities brim with Arab as well as Jewish academics. Take a taxi in town, talk to a policeman or a hotel receptionist and as an outsider you’ll be hard-pushed to tell whether the person is a Jew or an Arab.

Arab restaurants and falafel bars are hugely popular both with Jews and Arabs.  Everyone shops in Arab markets where the fruit is good and the prices are reasonable. 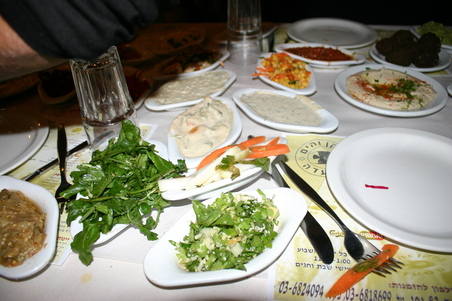 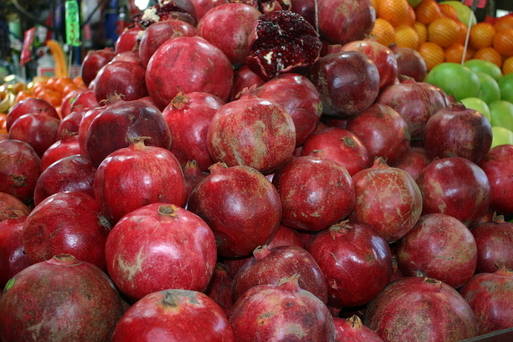 I was taken to the home of  Haj Ibrahim Abu al-Haua on the Mount of Olives in Jerusalem.  This Palestinian Muslim Bedouin is referred to as   Ambassador for Goodwill  and has been preaching reconciliation between Jews and Muslims, Israelis and Palestinians, for thirty years, welcoming people of all faiths into his home.  He has travelled around the world spreading his message of peace. 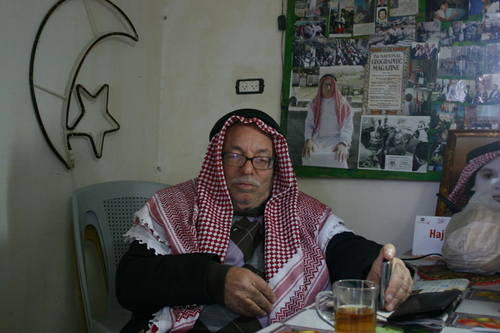 Jewish Israelis I spoke to, tour guides and acquaintances,  also voiced similar hopes.  They dreamt of two states, Israel and Palestine cooperating in a Federation with Jerusalem as its joint capital.

There is a will. Unfortunately, with the present assortment of leaders there does not appear to be a way.