Last weekend Jennifer (Jay Margrave) and I attended the National Association of Writers' Groups annual conference and award ceremony in Nottingham. Actually I arrived several years too late, since I was invited to the conference in Durham in 2003, having been short-listed for their annual short story prize.

I declined the invitation as Durham is an awfully long way from Guildford!

Later the news came that I'd  won the competition and I rather regretted that I hadn't made the effort.

So I've made up for it now by driving up to Nottingham.  The conference was held at the university and we stayed in college rooms. Took me back to student days. My children's student days, that is. We never had such luxury in mine. The very idea of an en suite bedroom in my Manchester digs...

This time I wasn't after prizes. My role was to promote Goldenford.  I enjoyed a couple of productive days networking with delegates, promoters and advertisers. Made lots of new contacts, met some lovely people.

Here we are with our stand. We look like a couple of weird parrots. Must be the lighting. 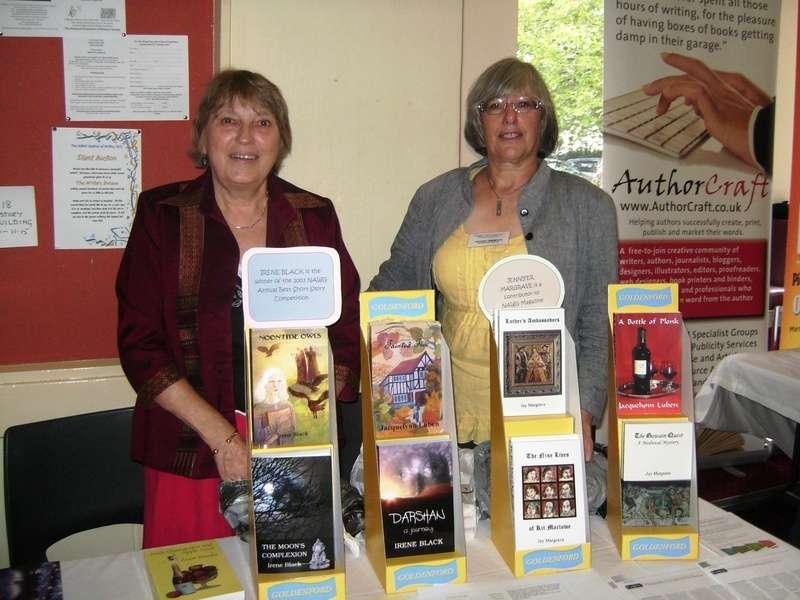